WHERE SAN DIEGO IS: KNOW THE LOCATION OF THE CITY AND THE MAIN SIGHTS TO SEE!

Where is San Diego? Discover this paradise in the USA and the main attractions!

San Diego is a city with pleasant weather most of the year, famous for its beaches and for having attractions for everyone. However, it’s hard not to choose the city as the destination for your English exchange!

Thus, to better understand where San Diego is, it is necessary to know that it is a city located in the state of California and shares a border with Mexico.

Where is San Diego? Know the location:

We will start this post by explaining where San Diego is. The city is located in the southern region of the state of California, close to the Pacific Ocean and borders the city of Tijuana in Mexico.

To the east, the city is surrounded by mountains and has some regions of desert areas.

The city has many beaches, parks and a beautiful skyline. That is, many entertainment options for all tastes. The city’s subtropical climate also allows you to enjoy many water sports.

What to do in San Diego?

San Diego is considered one of the liveliest and most fun cities in California, so there’s plenty to do.  Try ATV in San Diego

One of the first places to visit in San Diego is the Old Town State Historic Park, or “old California”. This neighborhood is a historic park, in the “old American West” style.

It is important because it was where the colonization of California began and marks the birth of the city. Also, in some places you’ll feel like you’re in Mexico with 70’s houses and craft shops.

To get to Coronado Beach, you have to cross the bridge over San Diego Bay, a great work of art and worth the trip.

The island of Coronado is famous for the beachfront hotel “Hotel de Coronado”. While you’re there, enjoy the beaches, the five-star hotel, walk along the main avenue (Orange Avenue).

Finally, it is possible to visit the Historical Museum, which tells the military and aviation history of the place.

The Gas lamp Quarter is an area surrounded by buildings built in the 19th century, restored in the 1980s.

The buildings are a charm for the place, during the day it guarantees beautiful photos to tourists and at night they house bars and funky clubs.

The neighborhood became known as Gas lamp, due to the lighting of gas lamps (gas lamps) on the sidewalks.

The USS Midway Museum is a historic aircraft carrier museum located on Navy Pier. The museum is inside one of the largest aircraft carriers in the world, used during World War II until 2004.

Even if you don’t go inside the museum, the view from outside is amazing. And that already makes the tour unforgettable.

Finally, one of the main attractions to visit while in San Diego are the parks.

Therefore, be sure to visit the main parks in the city:

The parks are guaranteed fun for the whole family, especially for children. So, if you have more days, be sure to include them in your itinerary.

When to visit the city?

If you don’t want to worry about the rains, the best months to visit the city are between June and August.

In the other months, you will also find high temperatures, however, the sea water can be colder.

The low season occurs between the months of November to January. Thus, during this period, the places are more empty and the prices of accommodation are cheaper. However, it is possible that it will rain some days.

Overall, temperatures are good throughout the year. You just need to evaluate your budget and the month that suits you best.

As it is located near the Pacific Ocean, the city of San Diego does not show much variation between the seasons.

Thus, in winter temperatures have a maximum of 15ºC and in summer the maximum can reach 25ºC.

In this way, winter is not so cold and it is possible to enjoy the beaches at any time of the year, as temperatures do not fall below 5ºC.

Exchange in San Diego is with World Study.

San Diego is a city with pleasant weather most of the year, famous for its beaches and for having attractions for everyone. However, it’s hard not to choose the city as the destination. April 13, 2022
Affordable places for a delicious iftar in Dubai 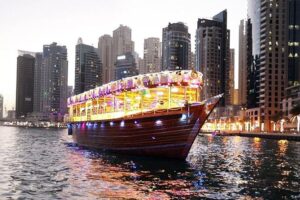 Affordable places for a delicious iftar in Dubai

Is it worth getting electric scooter?

Is it worth getting electric scooter? 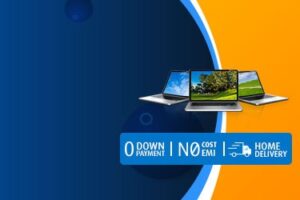 What does the term 90 days same as cash mean?

How can i buy Online OLFA blades?